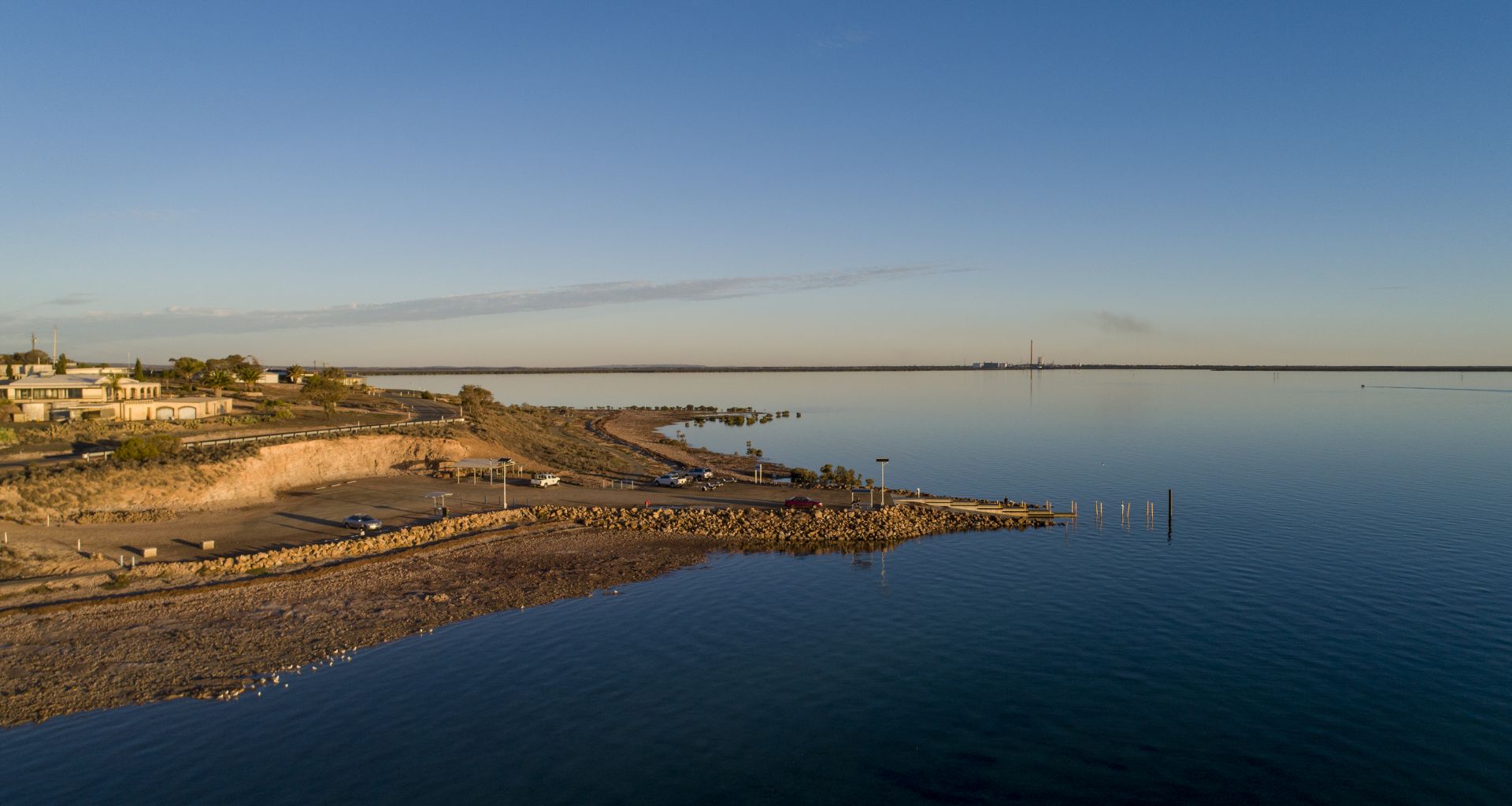 The quiet township of Weeroona Island offers a small taste of everything that makes the Southern Flinders Ranges great. From family friendly walking and cycling experiences, to spectacular views of the ranges and the Spencer Gulf.

Weeroona Island has an interesting history, with many names attached to the location over the years. It was first named Benjamin Hill in 1840 by Captain Germein but has also been known as Price’s Nob and Mount Ferguson. In recent years, debate has continued between residents torn between the names of Weeroona Island and Port Flinders, with the former winning out.
Originally intended to be a port, the island was considered not appropriate as a jetty of 3 kilometres would have had to be built to allow larger ships to come anywhere near the wharf.  The first settlement on Mount Ferguson was the Weeroona Holiday Camp established in November 1929.

Weeroona Island continues to be a much loved fishing and holiday destination. Bring a canoe and paddle the tidal estuary or try wind surfing. Go crabbing and fishing and keep an eye out for the odd dolphin that passes by. There is an active fishing club which meets regularly on the island.
A 3 km trail wrapping around the northern side of the island is a great place to walk or cycle and take in the sights. Along the southern shore you will find the ‘York’, a heritage listed shipwreck that is worth a look.

Take in the Gulf and Ranges views and the plentiful bird life while enjoying a leisurely picnic lunch. Weeroona Island has BBQ facilities and a beautiful mosaic designed and built by the community at the Brian Lane shelter. The park also has a playground and public toilets, so it is a great place to stop and refresh while finding travelling through the area.
The city of Port Pirie is just 15km south, providing 24hour fuel and other essentials.